The Kalachakra for World Peace 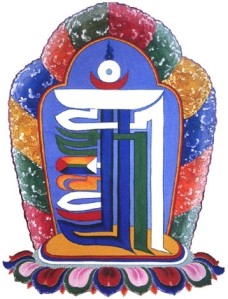 For the first time, His Holiness the Dalai Lama will confer the ancient and profoundly meaningful ritual Kalachakra for World Peace in the capital of the United States, Washington, DC. The Kalachakra, open to all who wish to participate, has the power to benefit all beings on this planet. The Capital Area Tibetan Association welcomes you to join in this historic event, offered with the heartfelt motivation to inspire harmonious relationships and abiding peace in our hearts and in our world.

In commenting on the value of the Kalachakra, His Holiness stressed its immense potential to be of benefit:

“The initiation to the Kalachakra is one of the most important…because it takes everything into account: the body and the human mind, and the whole external aspect — cosmic and astrological.  We firmly believe in its power to reduce conflict and we believe it is capable of creating…peace of spirit and therefore peace in the world.”

The Kalachakra Tantra teachings date back to the time of the historical Buddha Shakyamuni (approximately 6th century BCE), who transmitted them to the king of the semi-mythical land of Shambhala .  The purpose was to help the king and his 96 lieutenants unite Shambhala’s subjects against possible foreign invasion.  Thus began the tradition of associating the Kalachakra teachings with the promotion of world peace and with large audiences.  Since that time, the Kalachakra Initiation has been given by an unbroken succession of great masters, including revered figures such as Lama Atisha and Je Tsongkhapa, and continuing directly to the present Dalai Lama, who has offered this great ceremony to hundreds of thousands of eager participants around the world.
Prophecies state that the 25th century will be an era of particular strife in which fundamentalist elements will try to dominate the world, including the hidden land of Shambhala.  At that time, Shambhala’s king, Rudra Chakrin, will vanquish these malevolent forces, while all those who have formed a connection with Kalachakra by receiving the initiation will be born among the victors.  For this reason Kalachakra initiations have always been highly popular, the more recent of them drawing attendees from around the world.

Participants in the Kalachakra are generally divided into two categories: observers (the vast majority); and participants.  While the latter commit to personal disciplines, involving daily practice, observers are welcome simply to watch the ritual, absorb what they wish of the teachings, and receive the blessing.   All are welcome, each being free to accept this rich, sacred offering at the level he or she finds most comfortable.

Besides the preparatory teachings, the event includes a three-day empowerment process in which audience members visualize the Vajra Master (in this case HH the Dalai Lama) as the Kalachakra deity, and themselves reborn as his spiritual children.  There follows the taking of Bodhisattva vows, along with a series of visualizations marking the rites of passage involved in attaining spiritual maturity.

Among the event’s most inspiring visual experiences is the making of the exquisite, colorful sand mandala by the monks of His Holiness’s personal monastery, Namgyal.  This detailed work of sacred art, executed with utmost precision and related prayers, is a symbolic representation of the Kalachakra deity, his palace, and 721 surrounding deities.  The Dalai Lama himself recalls that when, at the age of 18, he first saw the mandala, “I almost lost my balance just from looking at it…I was so moved that I choked with emotion.” It is supremely auspicious that in this time of demanding national and global challenges, His Holiness is conferring the Kalachakra empowerment in a location where local decisions affect multitudes around the world. All who are striving for inner growth and who wish to be part of furthering world peace are welcome.

For scholarly and detailed discussions of the Kalachakra, its history and its meaning, please enjoy looking at the website of our distinguished sponsors, Snow Lion Publications, with over 30 years of dedication to the preservation of Tibetan Buddhism.